Your Next Favorite Band
October 15, 2019
by Liv Fitzsimons
0

Hailing from Pennsylvania, Your Next Favorite Band is Valendina. The indie/pop-punk group has performed at local venues and festivals as they work on releasing an EP. We spoke with Valendina about their sound, inspirations, and what’s next for them.

A32: How did the band come together?

Karina: We all met at the Let There Be Rock in Folsom, PA where we took music lessons and participated in their band program back in 2015. Recently, in fall 2018 2018, Dan (guitar), Tommy (guitar), and I (vocals/bass) decided that we wanted to start a new project and write original music. After a little convincing, we finally got Shane (drums) to join as well and immediately started writing original content of our own.

Tommy: As for forming our band’s name Valendina, that took a little while to finally settle on it. We were trying to find a name that was “out of the box” yet still not too hard to look up on google. Initially, we decided on fragments without the vowels after the lyrics Karina wrote, but multiple people already had that name. So after looking through her notes. Karina found the name Valendina, which she thought she had seen on a water tower while cruising the Mississippi. Turns out the drinks on that boat were just a little too strong, as that water tower doesn’t exist.

A32: Describe your sound for us.

Everyone: We’d definitely say our sound is more indie/pop-punk then anything; however, we’re pretty alternative as well.

A32: What musicians inspire you & the band?

Shane: We all have different artists that inspire each of us. Karina definitely has a love for bands like Paramore, Brand New, and Panic! At The Disco (especially their earlier releases); however, she loves the classics as well like Led Zeppelin and Queen. Tommy pulls a lot of inspiration from bands ranging from Death Cab for Cutie to Every Time I Die. Dan gets a lot of inspiration ranging from bands like Sorority Noise to Every Time I Die. As for me, I have always drawn writing inspiration and style from Green Day, but I also enjoy bands like My Chemical Romance, Royal Blood, and Yellowcard.

A32: Have you played live shows? What’s the vibe like?

Shane: So far we’ve been so lucky to have had the opportunity to play as many fun gigs as we have in the short amount of time we’ve been playing together. Some venues we have gigged at include The Hard Rock in Philly, The Queen in Wilmington, Voltage Lounge, Haverford Music Festival, Ladybug Festival, a sweet 16 (doesn’t get more pop-punk than that), etc.

Dan: Our vibe live is pretty laid back while still being able to play a little heavier/somewhat more hardcore songs. We look at each show and see what songs will work best in our sets. For a venue like Voltage Lounge we could play some of our sadder songs along with the more upbeat ones; but, for festivals like Haverford Music Festival or The Ladybug Festival, we like to keep the vibe more upbeat. No matter what we try to keep the environment we’re playing in fun for everyone. We’ll be on stage hardcore jamming or cracking some epic dad jokes about one another as we’re transitioning into the next song.

A32: What’s the most rewarding moment you’ve had so far?

Karina: We’ve had quite a few rewarding moments and we’d all have to agree that one of the best is the way people respond to our music. It’s still so crazy that we’ll have people recite our lyrics or point out specific parts in our songs that they like. It’s the most incredible feeling because it shows you that they are really listening and care about our content as much as we do. Additionally, it’s mind-blowing to be told that others have physically stopped what they were doing to come check out our set when they had no idea who we were. For all of us, I think we didn’t really believe it at first because we never realized how our music could make that good of an impression on the public. Even watching people in the crowds at our shows participate by clapping to the beat of our songs without one of us initiating is still such a crazy thing to see. Moments like these just remind us about how thankful we are for the people who support us, whether we know them or not because if it wasn’t for them taking the time to support us, we wouldn’t be doing what we love most.

A32: What projects are you currently working on?

Dan: Currently, we are in the process of working on an EP. We have a few different options on where to go with this project and can’t wait to finally get in the studio and get down to business. Aside from the EP, we have plans of starting the process of recording our first single with music producer and friend, Nick Passio!

A32: What advice do you have for other musicians looking to start a band and release their own music?

Everyone: Find a group of people you gel with and just start writing. Don’t lock yourself into one specific genre. Blend ideas with people who have different, even total opposite opinions of music to your own. That’s how you find new and original sounds and make something that’s fun to play. Keep writing, accept constructive criticism, and grow from it. Criticism and setbacks are going to happen, and while most people don’t like them, it can be helpful and eye-opening once you learn to accept it and reflect on them. 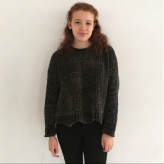