Cast your mind back five years to 2014. Pharrell William’s “Happy” blared from every car radio, everyone quoted lines from The Fault in Our Stars, and Ellen DeGeneres took that epic Oscar selfie. Amongst all of this excitement, veganism was slowly but surely becoming more of a talking point.

As 2013 ended, icons Beyoncé and Jay-Z threw veganism into the mainstream by partaking in a 22day vegan diet. Since then, the vegan lifestyle has gained momentum – becoming a norm.

2014 was predicted as the Year of the Vegan, with notable news outlets, celebrities, and even Nobel Prize winner Alvin Roth voicing that veganism will become the dominant lifestyle. Or in the words of himself, “meat-eating might become repugnant” to the general public. Evidently, these predictions have proven accurate as there are now over 3.5 million vegans in the U.K alone.

Over the last five years, a vegan lifestyle has become easier to follow. Vegan restaurants are located in almost every city, and supermarkets are stocking a wide range of these products. Further, thanks to social media, influencers who endorse a vegan lifestyle are educating thousands. And, of course, there is a wide range of recipe books that have been flying off the shelves.

It isn’t just the plant-based diet which has seen a rise. Vegan products, especially in the beauty industry, have skyrocketed. Beauty brands including Kat Von D, Cover Fix, and Elf Cosmetics, have the vegan stamp of approval, with many others following suit.

Over the past five years, the steady rise in veganism has seen a once niche idea become a worldwide trend.

So, what is it that has made veganism so popular?

With the scale of social media nowadays, it shouldn’t come as a shock that #GoVegan has helped influence millions across the globe to adopt a plant-based diet.

One of the first and most prominent figures in the vegan community is Ella Woodward. You may know her better as Deliciously Ella. To this day, Ella has a staggering 1.6 million followers on Instagram alone; clearly, a great platform to bring veganism to people’s attention. It doesn’t stop there, from her online success, Ella now has a collection of recipe books, a range of vegan products stocked in supermarkets, and even a café in the heart of London.

Whether its promoting recipes, presenting the health benefits of adopting the vegan way of life or exposing the truth behind meat production, social media has enabled the community to grow significantly.

Celebrity Endorsements of the Lifestyle

The rich and famous have also helped to bring the vegan message to the forefront. Ariana Grande, Zac Efron, Sia, Liam Hemsworth, Miley Cyrus, Madonna, and Serena Williams are just a few celebrities who have endorsed the vegan lifestyle. Of course, with celebrities come fans. If your idol begins to promote a way of life, what are the chances you’ll give it a try yourself?

Health Benefits of Being Vegan

Arguably, one of the biggest reasons for veganism’s rise in popularity is the health benefits attached to a plant-based diet.

The vegan diet has been proven to: promote weight-loss, improve physical fitness levels, balance hormones, clear skin, increase happiness and defuse stress, lower the chances of migraines and even decrease the chance of having bad BO. With these sorts of benefits, maybe we should all give the vegan life a go! 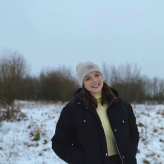 Aspiring writer and animal lover, Karis, is a 20-year-old media student from the UK. If not found indulging in a chai latte and reading Vogues latest edition, you may find Karis walking around central London with a camera in her hands. She loves to travel and wishes to discover all that the world has to offer.