Instagram now boasts 1.1 billion monthly users and more than 500 million people who use the app daily. While used by people of all ages, more than 75% of its users are under the age of 35. In its almost decade-long existence, Instagram has grown into one of the world’s most popular social media networks. Because people spend large amounts of their time on Instagram, it has proven to be a great place for companies and individuals to advertise and sell products and ideas to a huge audience.

An influencers’ sponsored post can have a huge impact on their followers. This influence can lead to both wealth and success for popular Instagrammers. Kylie Jenner, whose Instagram account has 141 million followers, receives over $1.2 million per sponsored post. Social media is quickly replacing traditional marketing avenues; p spend increasing amounts of time on their phones than in front of televisions or magazines.

For a long time, networks like Instagram, Twitter YouTube have been oversaturated with content encouraging people to be, buy and do more. “With influencers… it feels like with a little help and a little of their product, we could be (like them),” wrote Naomi Fry for the New Yorker. Watching fashion hauls and unboxing videos, scrolling through pictures taken in tropical locations, and reading affirmations from influencers on social media can encourage and inspire people to aim for similar things.

In order to be successful, influencers have to toe the line that separates “aspirational” and “accessible”. In other words, they have to be exceptional enough to inspire people while still being relatable enough to form a connection with an audience. “Some people feel uncomfortable with the apex of individualism and capitalism that influencers represent – we are supposed to believe they are both above us and the same as us at once,” wrote Marianne Eloise for Dazed.

In the past couple of years, conversations have been had about the potential damage that influencer culture has had on both influencers and their audiences. It used to be that you couldn’t scroll through your feed without seeing a celebrity or influencer promoting a tea that claims to promote major weight loss. It has since been revealed that many of these teas are a combination of caffeine and laxatives which can lead to serious health complications. While people still promote these products, audiences are now much more educated about the potential harm they can cause. The advertising of detox teas and other weight loss products is a glaring example of the harmful effects that influencers promoting products can have. “Many young women cut their teeth pushing dangerous “skinny teas”, but that is now unacceptable. We’ve started to ask for responsibility: for influencers to think about their ‘influence,’” wrote Marianne Eloise.

Social media and the people on it are changing their online environments in other ways as well. There is less emphasis on perfection and influencers are more transparent about their own lives, feelings, and struggles. Instead of posting hauls of clothes purchased by fast-fashion brands, some influencers are preaching about the benefits of a sustainable wardrobe. There is an open and frank discussion about how mental health can be negatively affected by long-term exposure to social media and how discrimination has hindered and even excluded certain people from being successful influencers. The industry is as a whole more self-aware and willing to make the internet and social media inclusive. 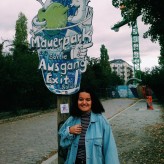 Creating Welcoming Spaces For Women To Share Their Stories

Society’s Standards Are No Match For Today’s Social Influencers