Not many people are able to successfully walk the line between genres and generations, but Mereba does so with insight and reverence. Marian Mereba, known by her stage name Mereba, dropped her first album, “The Jungle Is The Only Way Out”, on February 27, 2019. And it’s messages are still rippling outwards. Her blend of hip hop, folk, and R&B, along with her echoey background vocals creates a smooth, refreshing sound. Along with her vibes, her lyrics express lessons of healing and growth.

The intro song “More” is akin to a spoken word piece. The lyrics are a list of things Mereba would like to do more of: caring for her mental health, self-esteem, looking out for the team, improving her craft. An ephemeral voice adlibs behind Mereba’s recitation of the lyrics, even reciting them in sync in the second verse. It sounds as if the ancestors are talking with and through Mereba. In a way, the ancestors are giving her instructions. The theme of honoring and relying on the ancestors continues throughout the album.

With a simple guitar melody and a heavy, slow beat, “Kinfolk” is a folk song for the living, for mother and father, for sisters and brothers, for all the aunties and uncles and cousins and the neighbors who looked out for your house when you were away or watched you as a kid when you went to a corner store. The definition of kinfolk is family, but is not limited to blood relations. Kin is deep as blood but lies in the heart. In a place that keeps its secrets from you in the hopes that you’ll fail, togetherness is a kind of treasure that needs to be protected. This song is a kind of hymn for the ones still looking for their dreams, a reminder to live, love, and survive.

Set in contrast from the folk-inspired song just before, “Highway 10” features bright electronic notes complemented by acoustic guitar in a song about moving on. Mereba talks about riding along the highway, leaving behind the lover who didn’t want to stay for the journey. The song doesn’t have to be about lovers however; it could also be about people in her life who stopped supporting her and left her along her path to success. Whichever case, she isn’t bitter or sad. The outro is whimsical and lovely; she is just happy to have more things to see and experience.

“And I’ve said “World would you please shine a light up on me?/Or would you show me a sign you love me?”- “Black Truck”

From the depth of electronic bass and piano sung over by harmonizing to the lyrics, to her rap, “Black Truck” is a reflection of how her world sees her, a testimony of survival, and a homage to inner strength and the ancestors behind her. The black truck that Mereba speaks of is a symbol of success; a gift that she wanted to give to her deceased father, as mentioned in the last verse. As she exalts her own courage and steadfastness, Mereba sings about the people she wants to honor and protect, like her father and her kin, her “set”.

This song’s accompanying music video shows people dressed in white. They sit along the branches of a large, beautiful tree as one of its most stirring images. Many cultures, including African cultures, have faiths that celebrate those who came before, believing that rather than being far away, ancestors are actually very near. We can feel them and they watch over their living progeny. It is this that connects the spirits and dreams of generations. “Black Truck” is one of the most moving and spiritually engaging songs in the album.

Serving as a powerful transition containing reflections of the previous songs, “dodging the devil” is a spoken word piece rebuking the forces that work to keep her and her people down and deceived. That force is personified by “the devil.” This symbolism is very familiar to Christians, but especially to black Christians, in particular, the ones raised in the Americas, who have used the faith to heal themselves and their communities from the trauma that they have suffered. The “devil” is code for discriminatory institutions, for day to day strife, for unfortunate events, all things that are often caused by something out to see you fail. The devil’s out in the world testing the faith of the people. This piece is a call to arms to defend your heart and mind against discouragement and delusion, a call to stand up for yourself and your folks.

The first collab song of the album featuring 6LACK, “Heatwave” is a song of heavy beat and bass, a song with a simmering heat like the steam rising from hot concrete. The guitar at the beginning opens the song into a showdown kind of theme, continued throughout the song, where the speakers talk of their kinfolk, and themselves, being targets of gunfire. The lyrics talk about how police are too prepared to aim their bullets at black folks, particularly but not limited to young black men.

Rather than furious, the vibe is more foreboding and readying, like preparing to protect the fort against attackers. The theme of summer is very appropriate; kids are out of school, festivals are in full swing, bars are more populated, and the party scene reaches its peak. The air is full of excitement and the environment is full of places for trouble. Summer makes passion and anger bubble and pop. It’s a time when patience is lower and danger increases. This is prime hunting season for the vulnerable to be targeted or caught in crossfire. “Heatwave” makes that clear.

Returning to a folksy song, hymn inspired vibe, “Get Free” is a soulful almost-two that might recall the listener’s memory of how they have been taught to pray. I myself remember my mother telling me that prayer is a conversation with God. I also remember my father kneeling down with me in my room, our hands folded on the bed, as he showed me how to recite the Lord’s prayer. There is nothing explicitly religious about this sound, but the spirituality is present and apparent throughout. The lyrics are like a request or a plea to God or to a great spirit, for freedom from tribulations. The chorus, with the harmonizing background vocals, creates a ghost choir. Once again the theme of plurality and ancestors comes to mind.

“My One” is a track with smooth air and a simple, staccato melody that introduces trap beats closer to the end of the song, turning it into a fresh groove. This song is perhaps one of the more harder to interpret songs in the album, because of its abstract meaning. “My One” is a love song towards a female subject, but she isn’t given a character or visual.

The speaker has known her since she was a child as some of the lyrics indicate, though they don’t give away what the relationship was. Maybe this is a love song to a lover. The theme doesn’t have to necessarily be romantic love, however. This “she” could be a female muse, or a female ancestor guiding Mereba on her path as an artist. The song doesn’t give it away, adding to the mysterious appeal. In any case, the song is a chilled out bop.

The shortest track on the album, “on the rocks” is a shorter spoken word poem written in address to a companion. The lines are filled with imagery found in nature, like rocks and constellations. The speaker is talking to their companion, asking them essentially if they’re ready to go on the road with them and face whatever may be waiting. Maybe the speaker found new love, or maybe this was a long time coming. The track provides a good transition for the next song.

“Lover, where did you come from?/I wanna go to the planet from where you landed”

With “Planet U” comes the return of Mereba’s clever bars and smooth delivery, contrasted by the relaxed vibe of the chorus and first verse. This song is simple and cheeky; a speaker wants to know from what place did their lover come from to be so wonderful. The speaker raps about how this boy makes them feel, from his style to how they interact; they want to have good times together.

“Donʼt play me like a fiddle/Keep another love with me up in the middle/No, stay tru like a true one do”- “Stay Tru”

Continuing the theme of growing love is “Stay Tru”, a relaxing track with sweet background violin and sweeter vocals. The lyrics share a story of someone beginning to love and trust but in a state of hesitancy. They are emotionally ready but want to know if their lover is too. One of the recurring themes throughout the album has been knowing who is for you and who isn’t, with more focus on who is (kin, ancestors, for some examples). The speaker is laying down how it’s going to be to her lover, expressing her needs for honesty. She wants a person who will stay true.

“Sandstorm” is a beautiful debut between Mereba and JID over a beat and a regretful piano. These two lovers are not very compatible at the moment, as the lyrics express. One has “a temper.” The other “has no filter.” When they fight and argu, it’s a sandstorm decimating every good thing they’ve made together. The song is the lovers talking to each other. They sing in sync when they share feelings or points they wanted to make. It’s a conversation, not a fight, which is meaningful. They’re still trying. The song doesn’t say whether or not they overcome their differences, but the genuine effort still counts.

“Looking at the sky, there were meteors exploding high, high/On that soft sand, slipping right through my hands/Remember”- “Souvenir”

We’ve wandered the world with our ancestors and fought for our kin to survive and for our lovers to stay. We’ve given our hearts away and maybe got them back. But all things do fade, as “Souvenir” seems to say. The lyrics go through the different colors, attaching meanings and memories to each. The chorus talks of the sensation of floating away beneath the meteors. Sand, like time, slips through the singer’s hands as she sings “Remember”.

This song could have many different interpretations: the colors are memories from lovers or memories from life; the floating is metaphorical, or even literal. By the end of the song, Mereba’s singing “I’m leaving Samsara” as the instruments disappear and the melody becomes an earthy ambiance. Samara is a Hindu term that identifies the earthly world; it’s the land full of troubles, earthly pleasures, and suffering from which we must and will eventually escape.

The meaning could be leaving behind earthly limitations and distractions and seeking after Nirvana. Bringing the album to a peaceful close, listeners have witnessed the singer and speaker navigate different parts of her life. In the end, she’s found peace in herself. This album is a journey worth going on. 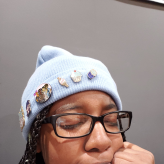