Now that Game of Thrones has ended, we can look back at some of the unforgettable scenes that cemented the show in pop culture history. This list is in order of personal favorites.

When Ned Stark was kneeling in front of the people of King’s Landing, we all expected the show’s hero to escape. Ned’s jaw-dropping death was the first time we realized none of our favorite characters were safe. Valar Morghulis.

By the time 3 rolled around, we were used to expecting the worst. With the Red Wedding, , we saw the good guys completely slaughtered. Six years later, the opening notes to The Rains of Castamere still cause panic.

Ever since she walked out of the fire with three newly hatched dragons, we impatiently waited for Daenerys to unleash her inner Targaryen. Dany bringing the masters of Astapor to their fiery deaths was satisfying, even if it did foreshadow her madness. One word: Dracarys.

4. Cersei blows up the Sept of Baelor

Speaking of fiery death, Cersei wiping out most of her enemies in one single explosion was a plotline like no other. With the Tyrells, the High Sparrow, and Faith Militant gone, Cersei would have been able to control Tommen and the throne. Then, Tommen jumped from the Red Keep and Cersei proclaimed herself Queen of the Seven Kingdoms. Power moves only.

We all expected the Night King and his Army of the Dead to obliterate most of Westeros. He definitely would have if not for the unstoppable Arya Stark. When she pierced him with the Valyrian dagger, the entire world erupted into cheers. What do we say to the God of Death?

A knight losing his hand is unfortunate. But, for proud Jaime Lannister, one of the most fabled knights in the Seven Kingdoms, losing his hand is clear irony. From here, Jaime undergoes the most transformative character development in the entire series…before it was ruined in Season 8.

7. The Battle of the Bastards

The Battle of the Bastards carries more weight than the rest of Game of Thrones’ on-screen battles. For the first time since Season 2, we saw the Starks back in control of their seat of power. Despite Jon’s contribution to the fight, Sansa is undoubtedly the MVP of the battle.

8. Bran is pushed from the tower

When Jaime pushed Bran from the tower in Episode 1 of the show, we knew it would cause trouble. However, it would also cause an entire war and a magic-heavy storyline. It was additionally the basis of Tyrion’s choice to put Bran on the Iron Throne.

Watching someone choke to death at their own wedding reception has never been so pleasing. Paired with Olenna’s “I want her to know it was me”, Joffrey’s death was one of the most satisfying scenes in the series. Pigeon pie, anyone?

For eight seasons, we all took bets and had theories about who would end up on the Iron Throne. Although, in the end, no one had the chance to sit on it. reactions to his mother’s death ensured that. It turns out that dragons have a heightened sense of symbolism along with their abilities to fly and breathe fire. 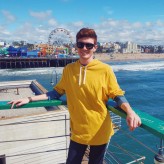 Booksmart Has Hope but, Misses an Opportunity for Success